Python is installed in a local directory.

My code is in here:

To run the example, I write python mountain.py, and in the code I have:

And I get the error:

I do not know why Python cannot find the file when it is in sys.path. Any ideas? Can it be a permissions problem? Do I need some execution permission?

Based on your comments to orip’s post, I guess this is what happened:

To make import walk through your directories every directory must have a __init__.py file.

I ran into something very similar when I did this exercise in LPTHW; I could never get Python to recognise that I had files in the directory I was calling from. But I was able to get it to work in the end. What I did, and what I recommend, is to try this:

(NOTE: From your initial post, I am assuming you are using an *NIX-based machine and are running things from the command line, so this advice is tailored to that. Since I run Ubuntu, this is what I did)

2) When you are in the tookit directory, enter this line of code on your command line:

3) After you’ve set your PYTHONPATH in the step above, run your module from your current directory (the toolkit directory). Python should now find and load the modules you specified.

Hope this helps. I was quite frustrated with this myself.

On *nix, also make sure that PYTHONPATH is configured correctly, especially that it has this format:

(Mind the .: at the beginning, so that it can search on the current directory, too.)

It may also be in other locations, depending on the version:

I solved my own problem, and I will write a summary of the things that were wrong and the solution:

The file needs to be called exactly __init__.py. If the extension is different such as in my case .py.bin then Python cannot move through the directories and then it cannot find the modules. To edit the files you need to use a Linux editor, such as vi or nano. If you use a Windows editor this will write some hidden characters.

Another problem that was affecting it was that I had another Python version installed by the root, so if someone is working with a local installation of python, be sure that the Python installation that is running the programs is the local Python. To check this, just do which python, and see if the executable is the one that is in your local directory. If not, change the path, but be sure that the local Python directory is before than the other Python.

Using PyCharm (part of the JetBrains suite) you need to define your script directory as Source:
Right Click > Mark Directory as > Sources Root

To mark a directory as a package you need a file named __init__.py, does this help?

You are reading this answer says that your __init__.py is in the right place, you have installed all the dependencies and you are still getting the ImportError.

I was facing a similar issue except that my program would run fine when ran using PyCharm but the above error when I would run it from the terminal. After digging further, I found out that PYTHONPATH didn’t have the entry for the project directory. So, I set PYTHONPATH per Import statement works on PyCharm but not from terminal:

There’s another way to do this using sys.path as:

You can use insert/append based on the order in which you want your project to be searched.

For me, it was something really stupid. I installed the library using pip3 install but was running my program as python program.py as opposed to python3 program.py.

Yup. You need the directory to contain the __init__.py file, which is the file that initializes the package. Here, have a look at this.

The __init__.py files are required to make Python treat the directories as containing packages; this is done to prevent directories with a common name, such as string, from unintentionally hiding valid modules that occur later on the module search path. In the simplest case, __init__.py can just be an empty file, but it can also execute initialization code for the package or set the __all__ variable, described later.

And, if you are trying to import foo file, python will not know which one you want. 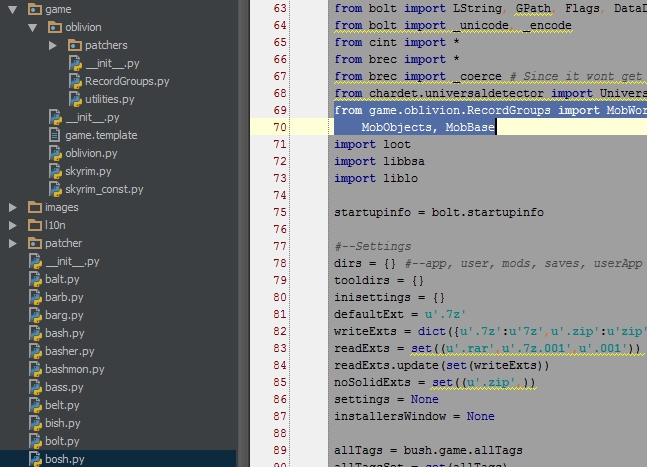 This confused the hell out of me – went through posts and posts suggesting ugly syspath hacks (as you see my __init__.py were all there). Well turns out that game/oblivion.py and game/oblivion was confusing python which spit out the rather unhelpful “No module named RecordGroups”. I’d be interested in a workaround and/or links documenting this (same name) behavior -> EDIT (2017.01.24) – have a look at What If I Have a Module and a Package With The Same Name? Interestingly normally packages take precedence but apparently our launcher violates this.

If you’re using a module compiled in C, don’t forget to chmod the .so file after sudo setup.py install.

In my case, the problem was I was linking to debug python & boost::Python, which requires that the extension be FooLib_d.pyd, not just FooLib.pyd; renaming the file or updating CMakeLists.txt properties fixed the error.

If you have tried all methods provided above but failed, maybe your module has the same name as a built-in module. Or, a module with the same name existing in a folder that has a high priority in sys.path than your module’s.

To debug, say your from foo.bar import baz complaints ImportError: No module named bar. Changing to import foo; print foo, which will show the path of foo. Is it what you expect?

If not, Either rename foo or use absolute imports.

My problem was that I added the directory with the __init__.py file to PYTHONPATH, when actually I needed to add its parent directory.

In my case, because I’m using PyCharm and PyCharm create a ‘venv’ for every project in project folder, but it is only a mini env of python. Although you have installed the libraries you need in Python, but in your custom project ‘venv’, it is not available. This is the real reason of ‘ImportError: No module named xxxxxx’ occurred in PyCharm. To resolve this issue, you must add libraries to your project custom env by these steps: 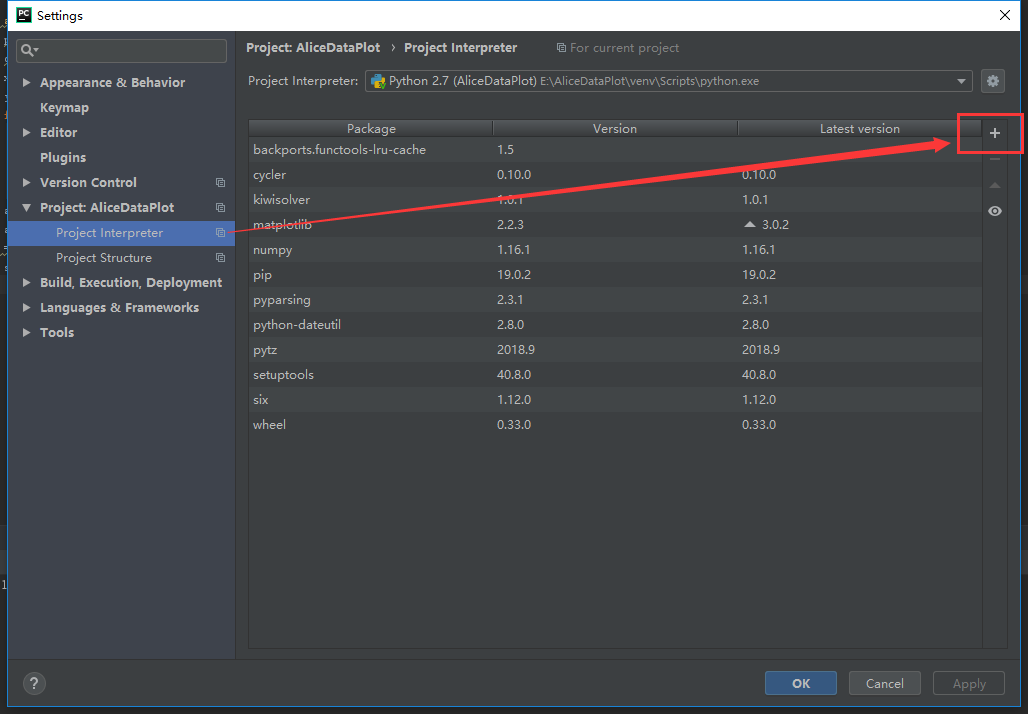 Fixed my issue by writing print (sys.path) and found out that python was using out of date packages despite a clean install. Deleting these made python automatically use the correct packages.

After just suffering the same issue I found my resolution was to delete all pyc files from my project, it seems like these cached files were somehow causing this error.

Easiest way I found to do this was to navigate to my project folder in Windows explorer and searching for *.pyc, then selecting all (Ctrl+A) and deleting them (Ctrl+X).

I had the same error. It was caused by somebody creating a folder in the same folder as my script, the name of which conflicted with a module I was importing from elsewhere. Instead of importing the external module, it looked inside this folder which obviously didn’t contain the expected modules.

I had the same problem (Python 2.7 Linux), I have found the solution and i would like to share it. In my case i had the structure below:

In ‘main.py’ I had tried unsuccessfully all the combinations bellow:

The solution was much more simple than I thought. I renamed the folder “Booklet” into “booklet” and that’s it. Now Python can import the class Question normally by using in ‘main.py’ the code:

From this I can conclude that Package-Names (folders) like ‘booklet’ must start from lower-case, else Python confuses it with Class names and Filenames.

Apparently, this was not your problem, but John Fouhy’s answer is very good and this thread has almost anything that can cause this issue. So, this is one more thing and I hope that maybe this could help others.

In my case I was including the path to package.egg folder rather than the actual package underneath. I copied the package to top level and it worked.

This worked for me: Created __init__.py file inside parent folder (in your case, inside site-packages folder). And imported like this:

Hope it will be useful for you as well !

If you are using a setup script/utility (e.g. setuptools) to deploy your package, don’t forget to add the respective files/modules to the installer.

When supported, use find_packages() or similar to automatically add new packages to the setup script. This will absolutely save you from a headache, especially if you put your project aside for some time and then add something later on.